The U.S. Department of Labor announced a series of listening sessions with workers, employers and workplace stakeholders on potential revisions to regulations used to enforce the Fair Labor Standards Act’s minimum wage and overtime exemptions for executive, administrative and professional employees.

The FLSA requires employers to pay most U.S. employees at least the federal minimum wage for all hours worked, and overtime pay at not less than time and one-half the regular rate of pay for hours worked over 40 in a workweek.

The law, however, provides an exemption from minimum wage and overtime pay for workers employed as “bona fide” executive, administrative or professional employees. To be exempt, employees must generally meet certain tests regarding their job duties and be paid on a salary basis at not less than $684 per week. 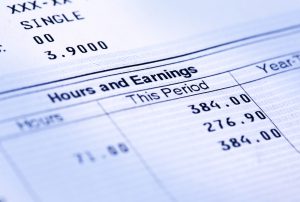 “Our goal is to use these sessions to listen, engage workers and hear their perspectives on the possible impact of changes to the regulations,” explained Acting Wage and Hour Division Administrator Jessica Looman. “As we consider the needs of today’s workforce and industry demands, we need public input to ensure that revisions to the overtime regulations fulfill the original intent and promise of the law.”

The division announced that it will hold a listening session for workers, employee stakeholders and union representatives as follows: