My father was diagnosed with kidney cancer when he was 42 years old.

One day Dad seemed fine, the next day surgeons were rushing him into surgery in Denver, Colorado to remove a kidney that contained a grapefruit-sized tumor. As I rushed to get a flight to Denver, I knew my father would not like all the fuss.

Dad was born and raised in Halifax, England. He left school when he was 16 and had no formal education, but what he did have was determination and lived by a “pull yourself up by your bootstraps and get on with it” mentality. Facing cancer only cemented his determination to get through the illness and no complaints ever left his mouth.

My father started his career as a coal miner in the mines in Cornwall, England.  That’s where I was born; a beautiful part of England lined with breathtaking coastal cliffs, beaches and tiny fishing villages.  He was an avid reader all his life.  He basically read himself up from coal miner to a senior engineer.  He worked for an international corporation out of Germany.  This career led us to move often, both internationally and domestically.

He approached his battle with cancer the same way as he approached any subject matter that he was not well-versed in.  He read every book and study on kidney cancer.  He participated in numerous experimental treatments at the National Institutes of Health.  He battled faithfully for two years.  All along with determination and no complaints – and with dignity.

Dignity was a big presence in my father’s life.  He was a proud man.  Proud of his career and proud of his family.  I can remember the car service coming to the family house for him to take him into the city to give a deposition in a lawsuit his employer had brought against one of their clients.  My Dad was very ill, the doctors had given him six to eight weeks, but his determination and dignity carried him that day to fulfill his obligation to his career.  The lawyers deposed him for hours and he held strong.

We knew my father had planned with his doctors and his lawyer to pass on at home.  He’d had his fill of hospitals over the past two years.  His dignity was served best at home.  His master bedroom became care central.  His Hospice Caregiver Michael entered our lives, touched our souls and left an endless impression.  In fact, I don’t think any of us talk about my father’s death without mentioning Michael. 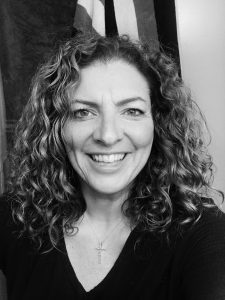 I was 22 years old.  I had been volunteering for some years by now at a local nursing home back in Washington, DC.  I recognized the empathy, understanding and endless gift of caring within him as he went about the business of caring for my father.  But it didn’t feel like a job to him, it was an extension of who he was.  I’ve always believed caregivers either have it or they don’t.  Like teachers, one cannot fake it.  It takes a very special person.

Michael allowed us, the family, to come to terms with my father’s inevitable passing on without the added stress of trying to care for his daily needs.  He allowed his children to not have to face what could have been embarrassing and heartbreaking moments between father and child had he not been there to bathe my father, dress him, feed him and assist him to the bathroom.  Alleviating that stress and giving us the peace of mind that our father’s daily needs and comforts were being taken care of brought us comfort during one of the most heartbreaking times in our lives.

My father moved on with no complaints and with dignity.  Thank you, Michael.