Consistent with past practice, the Biden Administration has released a proposed budget for what they deem necessary to carry out the various policies and programs under their authority. The President’s budget does not carry the weight of law, as Congress holds the power of the purse, but it does give a useful insight into what the President is prioritizing and how he views various issue areas. Following the release of the budget cabinet secretaries head to Capitol Hill for hearings before the relevant committees.

During these hearings Secretary Becerra fielded a wide range of questions spanning the 340B drug discounts to migration along the southern border. Though a specific focus never presented itself during the series of hearings, several issues of interest to home care and hospice providers were addressed. 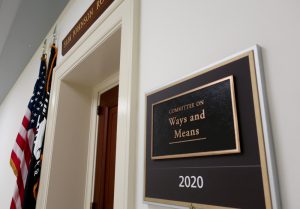 Rep. Ron Kind asked about extending the reporting deadline of the Provider Relief Fund (PRF). Sec. Becerra responded that they wanted to provide flexibility but wanted to maintain accountability as well. Following the conclusion of the hearings HHS issued revised deadlines based on when funds were initially received.

Kind also inquired as to the Secretary’s interest in innovative payment models, to which he responded that he is committed to innovation.

Rep. Carol Miller asked several questions on the PRF. Sec. Becerra did not respond to how much was left in the fund, again cited the need for both accountability and flexibility in determining reporting deadlines and ensured that the Department would be transparent in future disbursements. 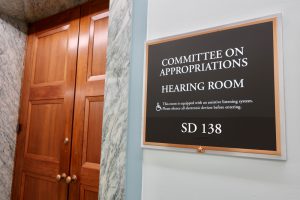 Senator Roy Blunt commented there was around $50 billion left in the PRF.

Senator Brian Schatz asked about the importance of Medicare beneficiaries receiving telehealth services in their homes. Sec. Becerra responded that it is important to make sure the reimbursement for services is being applied towards those services citing the need for accountability in care delivery and payment.

Senator Pat Toomey offered critical remarks on the recent 10% increase to the federal share of the Medicaid program for home and community-based services (HCBS). He inquired if this increase should be ended. Sec. Becerra responded with appreciation for Congress ensuring the states did not go under, is currently implementing the law as Congress passed it, and would work with Congress going forward on the issue. 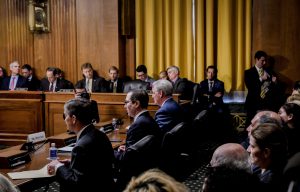 Senator Sheldon Whitehouse discussed an end-of-life care model he is advocated the Centers for Medicare and Medicaid Innovation (CMMI) to develop and implement through waivers to current regulations. He expressed his frustration with CMMI not acting on it yet despite his commitment and continued advocacy. Sec. Becerra gave his commitment to work with the Senator on it.

With the President’s proposed $400 billion investment in home and community-based services in mind, further discussion on HCBS during these hearings by Secretary Becerra is an encouraging sign the Administration is still committed to this transformational investment. NAHC will continued to work with the Congress and Administration on the importance of care in the home and the need for further investment ensuring for a patient’s right to choose where they receive care.