There is a massive workforce crisis in home care and personal care servics and a massive national effort will be needed to solve this crisis, said leading members of the Home Care Workforce Action Alliance during a web-based press conference on Wednesday.

The Home Care Workforce Action Alliance is a new organization devoted to attracting more people into home care and personal care services, as well as keeping them in the industry. To accomplish this task, members said, the industry must work together as it never has before.

“[Home care stakeholders] would include representatives of patients, the direct care professionals, congress, governors and state legislators, educators and many more,” said William Dombi, president of the National Association for Home Care & Hospice (NAHC). “We’ve all recognized this is a problem that needs to be addressed, but we all continue to work within our silos. By joining together, we can succeed.” 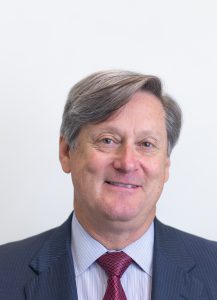 Among the issues to be tackled, said Dombi, are insufficient compensation, benefits, training, and career growth opportunities

In addition , the effort will require “reform on federal and state policies, reform regarding education, reform on worker supports, and an overall increase in the workforce,” added Dombi.

Some key facts about the crisis are:

This problem is only going to worsen if it is not addressed. By 2040 there will be 81 million people in the U.S. 65 years or older, compared to only 72 million under the age of 18. What’s more, people turning 65 today have a nearly 70 percent chance to require long-term care and support. 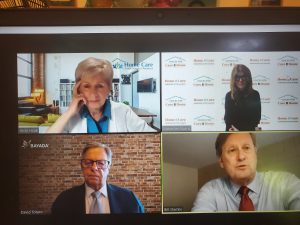 David Totaro, government affairs director at Bayada, and a member of the NAHC Board of Directors, said virtually all providers in Pennsylvania had to deny new cases during the last two years. Bayada is declining an all-time high of new cases, said Totaro. In September 2021, Bayada had to decline about 50 percent of new cases it received, but by the end of March 2022, the company declined almost two-thirds of new cases.

“When there isn’t enough supply to meet the demand, the nation’s most vulnerable population suffers,” Totaro during the press conference. “When this occurs consistently and frequently, most are forced to seek health care services from much more costly settings, such as nursing homes and hospitals.”

The Bureau of Labor Statistics predicts there will be almost 600,o00 home health and personal care aide job openings each year this decade. Vicki Hoak of the Home Care Association of America, also a leading member of the Home Care Workforce Action Alliance, said it is estimated there will be a shortage of 151,000 paid direct care workers by 2030, with that number to swell to an astounding 355,000 by 2040.

NAHC urges you to go to the Home Care Workforce Action Alliance website to learn more about this critical issue, how you can help, and share your home care story.