The Senate Special Committee on Aging met this week to debate the improvement and expansion of home-based services, particularly home-and-community based services, a consistent priority for committee chairman Senator Bob Casey (D-PA). Witnesses and Senators frequently cited. Casey’s Better Care Better Jobs (BCBJ) Act, strongly supported by NAHC, as it is the foundation for the HCBS provisions included in the Build Back Better (BBB) Act, the stalled health care, social service, and climate legislation that was a focus for much of 2021.

The most recent version of that legislation passed by the House of Representatives would provide $150 billion investment into Medicaid HCBS, permanency of the Money Follows the Person program, protections against spousal impoverishment for HCBS recipients, and several other policies intended to improved the provision of Medicaid HCBS. 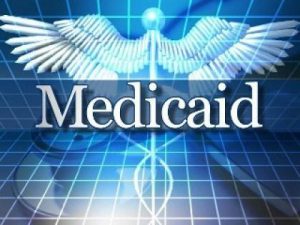 Witnesses testimony focused on the current state of HCBS through explanation of statistics and data on the workforce, wages, patient need, and expected growth over the next eight to ten years. Witnesses highlighted the challenges that recipients are able to overcome with the assistance of home care, as well as the realities they face in the absence of care. They also highlighted challenges caregivers face in wages not competitive with other industries, feelings of isolation, and the grueling work. These accounts were paired with support for the Better Care Better Jobs Act.

While many of the witnesses lauded the HCBS funding included in the American Rescue Plan, passed in March 2021, they did add that it did not provide a permanent solution. Anne Tumlinson likened it to an “umbrella in a hurricane.”

While the version of Build Back Better passed by the House is not expected to see further consideration in the Senate, work continues to be done on compiling a package of provisions consistent with the intent of BBB, though no specifics seem to be agreed to at this point.

NAHC will continue to urge Congress to make significant investments into the Medicaid HCBS program.