On Friday, January 7, the Supreme Court debated the issue of whether or not two recent rules from the Biden administration designed to halt the spread of the novel Coronavirus COVID-19 are constitutional, with the rules coming under fire from the court’s six-member majority.

The Court heard the arguments on an expedited basis because one of the two regulations will soon go into effect and the other has been blocked by a lower court. For this reason, a decision from the Court is expected very soon.

COVID-19 hung over the hearing, as two lawyers for plaintiffs challenging the regulations are infected with the virus and made their arguments remotely. Justice Sonya Sotomayor was also remote, as she is a lifelong diabetic and was concerned about virus transmissibility.

The two rules debated during the hearing were:

The Occupational Safety and Health Act of 1970 allows OSHA to use emergency rules when “necessary” to protect American workers from “grave danger.” The passage below from the regulation, is likely to be key to the Court’s eventual determination.

Once OSHA has established as a threshold matter that a health standard is necessary under section 6(b) or (c)—i.e., to reduce a significant risk of material health impairment, or a grave danger to employee health—the Act gives the Secretary “almost unlimited discretion to devise means to achieve the congressionally mandated goal” of protecting employee health, subject to the constraints of feasibility. See United Steelworkers of Am. v. Marshall, 647 F.2d 1189, 1230 (D.C. Cir. 1981)

A standard’s individual requirements need only be “reasonably related” to the purpose of ensuring a safe and healthful working environment. Id. at 1237, 1241; see also Forging Indus.

The OSH Act in section 6(c)(1) states that the Secretary “shall” issue an emergency temporary standard (ETS) upon a finding that the ETS is necessary to address a grave danger to workers. See 29 U.S.C. 655(c). In particular, the Secretary shall provide, without regard to the requirements of chapter 5, title 5, United States Code, for an emergency temporary standard to take immediate effect upon publication in the Federal Register if the Secretary makes two determinations: That employees are exposed to grave danger from exposure to substances or agents determined to be toxic or physically harmful or from new hazards, and that such emergency standard is necessary to protect employees from such danger. 29 U.S.C. 655(c)(1). 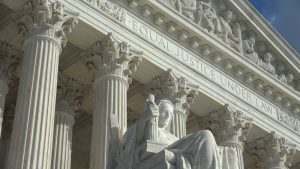 However, Chief Justice Roberts declared that the COVID vaccine/testing mandate is “something the federal government has never done before.” Justices Clarence Thomas, Samuel Alito, Neil Gorsuch, and Brett Kavanaugh sounded even more skeptical about the OSHA rule arguing essentially that Congress would need to enact a law specifically authorizing such a regulation.

The Court’s three more liberal justices, Stephen Breyer, Sonia Sotomayor, and Elena Kagan, strenuosuly objected to the conservatives’ reading, with Kagan calling the current crisis “by far the greatest public health danger that this country has faced in the last century.” Kagan added that “this is the policy that is most geared to stopping all this.”

Lawyers for those challenging the regulation said states could enact their own mandates, but Sotomayor responded that some states have banned mask or vaccine mandates and the relevant statute specifically provides for a national rule to override state laws.

The CMS rule did not seem to provoke as much hostility from the Court’s conservatives, with Chief Justice Roberts noting that the regulation is supported by the principle, long-established in American law, that when the government funds a program it is entitled to attached conditions about how the money may be used. The CMS rule covers Medicare and Medicaid providers, thus making the government’s case potentially stronger, at least in the eyes of the Court.

However the Court eventually rules on the two regulations, what home care and hospice need most is clear guidance and they need it quickly. 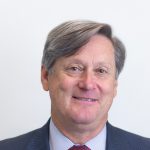 “The biggest challenge for home care with the vaccine and/or testing mandates is the lack of clarity on what action must be taken,” said NAHC President William A. Dombi, after following the proceedings. “With varying rulings from lower courts along with conflicting standards on the state level, home care and hospice companies need clear direction from the Supreme Court. The questions and comments by the justices on Friday raise doubts as to whether that guidance is forthcoming. It is apparent that the justices are as divided on these contentious issues as is the Congress and the public.”