These factsheets present a clear and concise picture of the need for Medicaid Home and Community-based Services (HCBS), comparison of cost of care between the home and congregate settings, as well as waitlist length for HCBS Services where applicable. In addition, the factsheets demonstrate the impact the Better Care Better Jobs Act would have on workforce shortages. 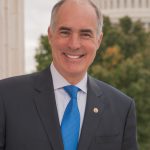 “For millions of families, and especially for women, home and community-based services are a bridge to work and a bridge to economic security,” said Senator Casey when introducing the legislation. “The Better Care Better Jobs Act would not only enable more older adults and people with disabilities to remain in their homes, stay active in their communities and lead independent lives, it would also create jobs and lead to higher wages for care workers, who are predominantly women and people of color. This legislation is critical to advancing equity, spurring economic recovery, and improving quality of life for older adults and people with disabilities”

The National Association for Home Care and Hospice is in full support of the Better Care Better Jobs Act and is working with Congress to ensure it is included in the budget reconciliation currently being developed in Congress. President Biden originally called for an investment into the HCBS program to the tune of $400 billion. The most recent house version of the reconciliation package allocated $190 billion, which could be susceptible to further cuts as negotiations work towards a final package.

NAHC encourages members to support robust funding of the Better Care Better Jobs Act andThe reports from Senator Casey can be helpful in these efforts.