Rep. Tom Suozzi (D-NY-3) has introduced the Well-Being Insurance for Seniors to be at Home (WISH) Act, H.R. 4289, in the House of Representatives to create a catastrophic long-term care insurance program.

The WISH Act calls for the creation of a public-private relationship to provide long-term care coverage for older adults. On the public side, the federal government would collect a new payroll tax of 0.3 percent of wages from both employer and employee, or a combined 0.6 percent from the self-employed. On the private side, it is expected that private insurance companies would be unburdened of providing catastrophic levels of coverage and would create more affordable long-term care coverage options.

Upon announcing introduction of the WISH Act, Congressman Suozzi cited several reasons his legislation is needed,  including: 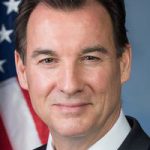 “We have a storm coming, with the number of disabled elders expected to double in the coming years,” said Rep. Suozzi. “Fewer family caregivers are available for these aging Americans and the market for long-term care insurance is not currently sufficient to address these demographic challenges. The WISH Act would save the Medicaid program and millions of Americans from financial ruin, would allow people to age at home with dignity, and would create millions of good-paying, middle class jobs in the home health care industry.”

NAHC has not yet taken a position on this legislation, but we do support the establishment of a long-term care program that expands access to services without requiring beneficiaries to be poor enough to qualify for Medicaid. NAHC look forward to working with Congressman Suozzi as his proposal develops.

Stay tuned to Private Duty Source for updates on this legislation.